I bought this cart for about $20 US from some store on Amazon. It uses the PocketNES emulator to run NES games on a Gameboy Advanced.

However, Cobra Triangle immediately crashes when the game starts. Klax has glitched graphics. And To The Earth is a zapper game, and PocketNES has no zapper support, so it is also unplayable. 147 playable, out of 150. Here’s Klax… 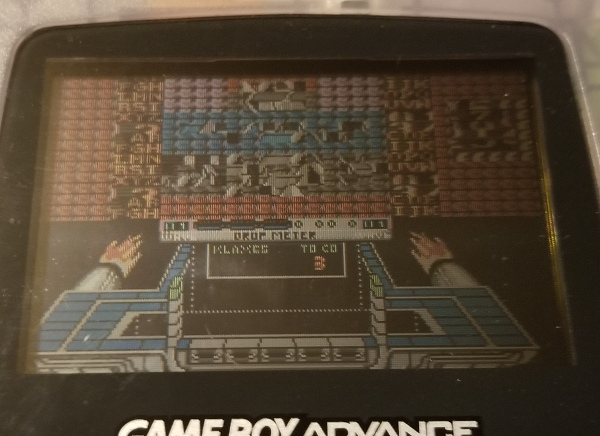 Some of the games have very minor glitches, usually on the title screen. The other games seem to play ok. The first thing I noticed was that the games are a bit dark and some games with tiny bullets are hard to see. This is with max brightness… 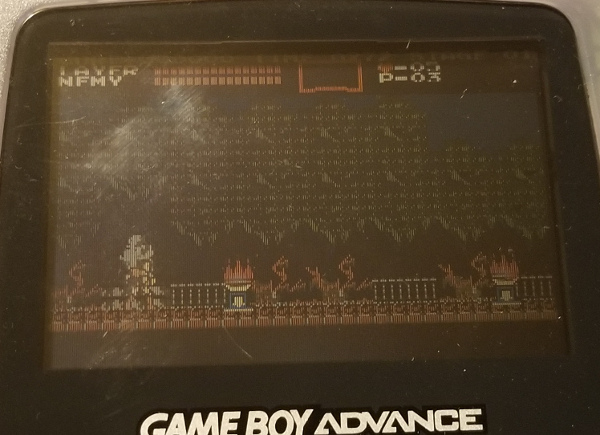 I believe the GBA SP has an internal light source, which would help. I suppose I’m too used to new cell phones, which have very bright screens.

There are several display options… 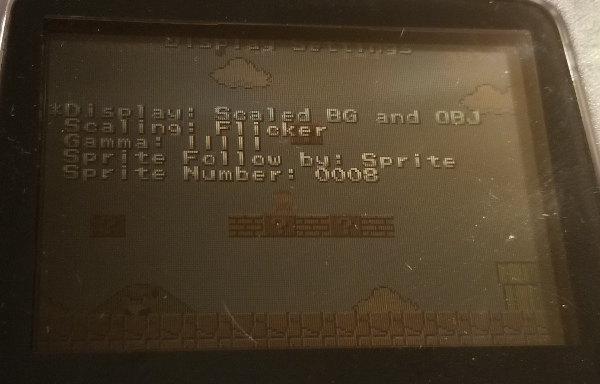 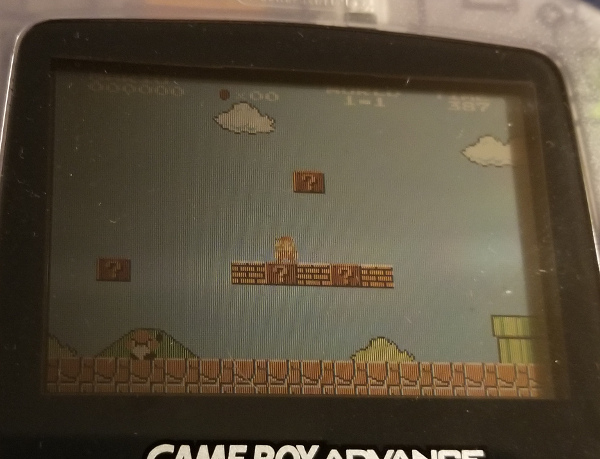 Unscaled, you can’t see the whole screen, but L and R buttons shift the screen up and down… which is kind of a pain. 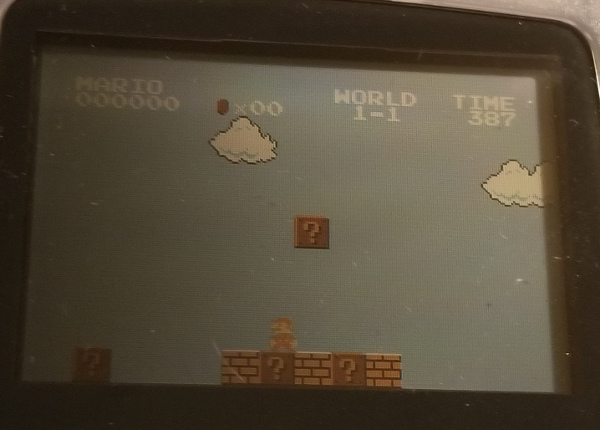 Unscaled Follow. Same as above, but the screen tries to snap to the main character. You still can’t see the floor below. 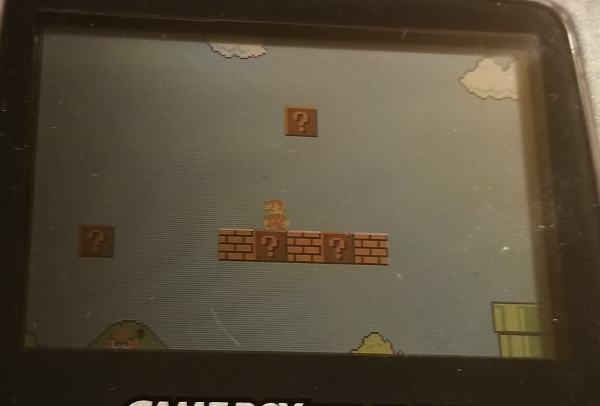 I think the Scaled version is the most playable, even if everything is squashed. It cuts a few pixels off the top and bottom, so you can’t really see the ENTIRE screen. 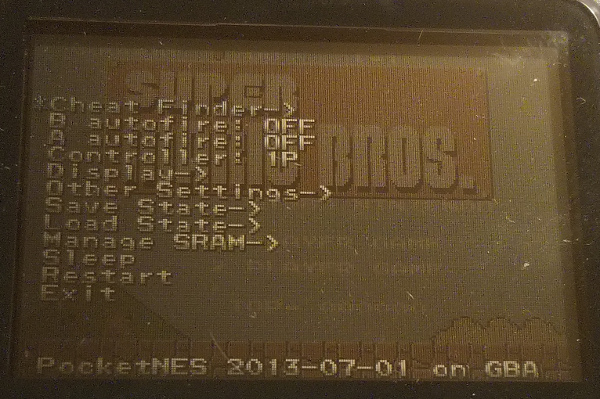 You can do save states, which really sells this game for me. Not having to replay the entire game every time you play is a huge benefit.

Some games auto save the SRAM. Games like Dragon Warrior. However, there isn’t enough memory on the cartridge to save all 150 games. At some point when I was scrolling through the games it gave me a weird error message of memory full and I was required to delete one of the in-game saves.

The music / sound quality is good. The game selection is good. I wish it had Mike Tyson’s Punch-Out!! but PocketNES can’t emulate it correctly, so they left it out. I read that Castlevania 3 isn’t fully emulated, but it seems to play ok. I don’t see any problems. 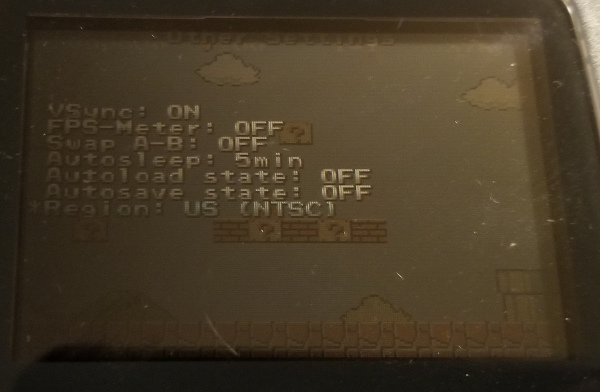 Somewhere I read that you should keep Autosave OFF or something bad will happen.

However, you can do this for savestates…

But, speed up is TOO FAST and slomo is TOO SLOW. I don’t find this feature useful.

Not perfect, but definitely worth the $20.